We are pleased to have a number of senior Aikido Women helming and leading important initiatives at IAF. Here, we speak to three women, who chair the IAF’s working groups. 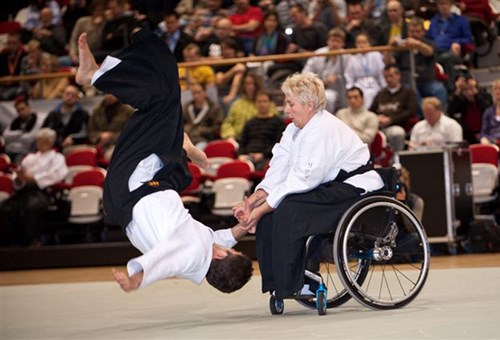 Lydia Zijdel is very active in the area of Gender and Disability, is a former President of the European Women’s Lobby as well as a member of the International Working Group on Women and Sport.

Satomi Ishikawa is a 5th dan Aikikai grade Amsterdam-based Japanese Aikido instructor. She teaches and runs the dojo with her husband, Wilko Vriesman Shihan, 6th Dan Aikikai. As full-time instructor as well as a board member of the Dutch federation, she devotes herself entirely to Aikido.

Lijnie Reijers began Aikido in 1996 when she was in university in Belgium. She has two children, however has never stopped training or teaching for a long period. She runs the Waraku dojo in Dordrecht (the Netherlands) with her husband. Lijnie owns two enterprises, one in the field of child psychology and the other specializing in giftedness and sensitivity in children, adolescents and adults.

How did you get started in Aikido? What motivated you?

Lydia: In October 1982, at the age of 31, I became a paraplegic (T12/L1) due to a car accident. During that period, someone at the rehabilitation centre gave me a book about martial arts and what struck me most was the story of O’Sensei and Aikido. His words about “one not needing muscle strength, but inner strength to do Aikido” really appealed to me. Half of my body no longer functioned, however my inner strength was very much present. This was the motivation for me to find an Aikido school. Two schools refused me, but the owner of the third school immediately said that he would love to teach me, being that he had never taught a person in a wheelchair before. I left the rehabilitation centre after only 3.5 months and started training almost daily with Erik Louw sensei (who is still my sensei) assisted by Wilko Vriesman.

Satomi: Budo has been a part of my life since young - I had been practicing kendo for a long time in Japan and after moving to Europe in my 20s, I trained in various martial arts including jujutsu, karate and kickboxing, whichever was available where I lived. That was my way to make new friends in new places. I started Aikido when I came to Holland in my early 30s, as it was the only budo club I could join in my neighborhood, which was in a small town on the German border.
Shortly after that I moved to Amsterdam and went to a dojo which was introduced to me by my first teacher. There I met Wilko Vriesman, through whom I was convinced how strong one can be without having a muscular body, with Aikido.
After a few months I attended a seminar by Christian Tissier shihan, and was caught by the breathtaking beauty of his movement.
Discipline was already long ingrained in my mind and body so it was only a joyful experience for me to go to the dojo every evening. I did not need any extra motivation, even now. 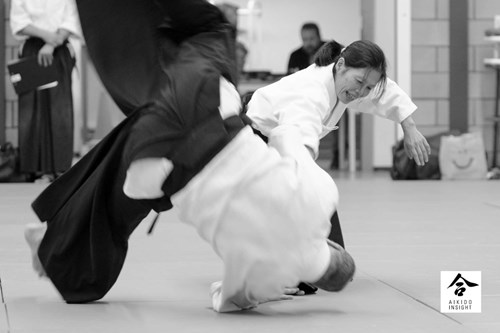 Lijnie: My motivation was twofold. After practising ballet and gymnastics all my life - except for judo on a sporadic Monday - I wanted to start with a martial art. I was familiar with karate and was about to start with that. However, I fell in love with my future husband whom I saw performing at an Aikido demonstration. I started when I just turned 18 years old and have never stopped.

How has your experience in Aikido grow along the years, as a student and as a teacher?

Lydia: Aikido became a lifestyle, rather than just as a sport. I was so very eager to learn and to grasp all the possibilities that practising Aikido brought and could bring. It healed my body and soul and gave me physical possibilities that I could never have imagined. I found a certain calmness in myself, to wait and prevent an attack rather than to confront and to block. I have learned to become more patient with myself and to step aside or to embrace what is coming to me and to bend when needed.

As a teacher I always focus on acknowledging the different physiques of both women and men. As Aikido is a Japanese martial art that’s practised by many non-Asian women and men it is important to focus on our own physical capabilities and not to emulate what we see others do, and to emphasize the advantages of these differences.

Satomi: I have been raised in a system with clear structure and didactics, as built and taught by Tissier shihan and also conveyed by Wilko here in the Netherlands. For a person like me who can follow didactics without questioning too much is able to learn very fast. After having obtained my shodan, I was asked to assist in classes. I also opened my own dojo at a certain point and it merged into our current dojo in Amsterdam, where I teach with Wilko.

Lijnie: As a student I have learned to listen and observe my teacher closely, because he sees and knows things that I’m not aware of (yet), and have the confidence that he will guide me with the best intentions even if it seems like I’m confused or too challenging for me. 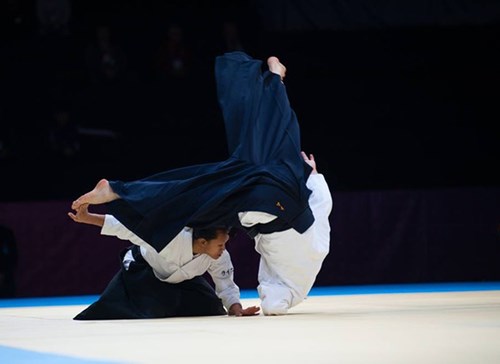 As a teacher I feel a responsibility to develop my own Aikido style to be able to guide my students well. There’s development and progress in me as a person, aikidoka and teacher, and this should be reflected in the way I practise and teach Aikido.

What do you think needs to be done more for women in Aikido, and for other groups that may be overlooked?

Lydia: I think we need to focus more on the difference of the physiques of women. From research we know that the female body has different abilities and needs and therefore cannot be emulated through dominant male examples. Women shihans are rare and if they exist they most likely were trained in a male environment. Therefore, we need more new female shihans who celebrate the female body and is willing to incorporate feminist thinking in sport and physical activity.

Satomi: Good teachers and good practices attract both men and women. There might be many strategies which we could think of but the essence stays in good practices.

Lijnie: I think it would be great to have more women taking ukemi and giving seminars. Through this, young girls and women have more role models and an approach that’s easier to relate to.

Can you share about the IAF gender activities that you are most proud of?

Lydia: I find it stimulating the fact that IAF is focusing on gender balance and giving it a path to grow. For too long Aikido was male-dominated and even today the number of highly ranked women is still limited. Aikido in this sense is no different than any other male-dominated sport. Aikido women who dare to stand up and become leaders in their own right should be put in more into the spotlight. 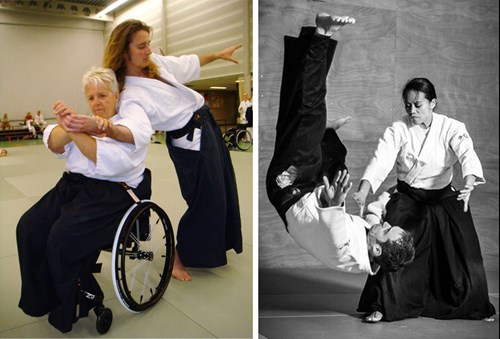 Satomi: We have organized female-led instructor seminars and we encourage member countries to organize more and make them open to everybody, both men and women. Some people take it for granted however many men still think that these seminars are for women only. Good gender balance should be supported by both sides.

Lijnie: There are more active women than ever before in the IAF working group and Directing Committee. There’s much more awareness of women’s contribution in Aikido.