The website of a new Aikido project has just been launched: www.skillai.eu. The project is called SKILLAI and it is funded by the EU Erasmus+. The aim of the project is to introduce Aikido as a skill development tool for young people. The first three countries within this project are Slovenia, Hungary and Netherland.

The first kickoff meeting of this new Aikido project took place in Ljubljana, Slovenia, last weekend, on the 19th of January. The plan is to include, besides Aikido classes in schools, also joint seminars and the production of a manual for instructors. The EU Funding Working Group inside IAF was the one to facilitate this opportunity.

For the beginning, the SkillAi is being implemented in two primary schools, with two classes per week, one in each school, up to 40 weeks per year. The participants are 11-15 years old. There are also four Youth Seminars that have been planned: Hungary - June 2019, Slovenia - January 2020, Netherland - June 2020 and Slovenia - December 2020. 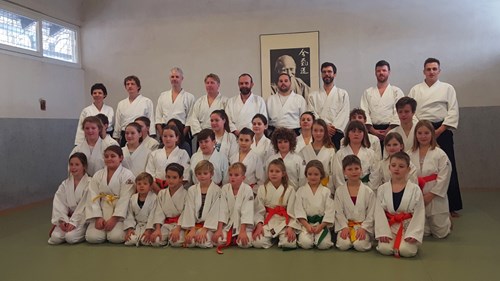 Wilko Vriesman, the General Secretary of the IAF, and Gergo Pasqualetti, the Secretary of the EU Funding Working Group, were present at the kickoff meeting. Together with the representatives of the 3 countries, as a team, time was well spent to work in the interest of Aikido, to get to know each other on the tatami and outside the tatami, to make common work agreements and set procedures using Google Drive. 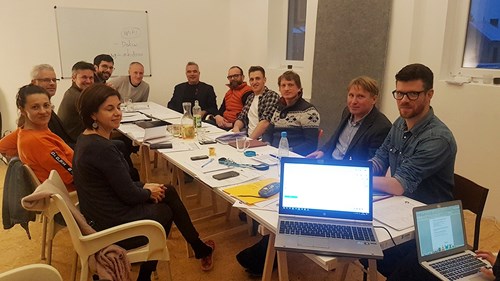 This project is going to be developed by the three countries untill 2020 and afterwards, the aim is to enlarge the cooperation to a consortium of 5 countries.