The Kagami-Biraki 2019 ceremony at Hombu Dojo

The main hall at Hombu Dojo was entirely full on the occasion of the Kagami-Biraki ceremony of 2019. There were people who came from far away countries to attend this event. 742 Aikidoka were promoted to a new Yudansha Aikido Aikikai rank. Doshu Moriteru Ueshiba conducted the ceremony and also held an Embukai.

There were given 7 titles of 8th Dan and 61 titles of 7th Dan. 198 Aikidoka were awarded 6th Dan and 434 Aikidoka received 5th Dan. 42 Aikidoka obtained 1st-4th Dan. The entire list of new gradings is available here. 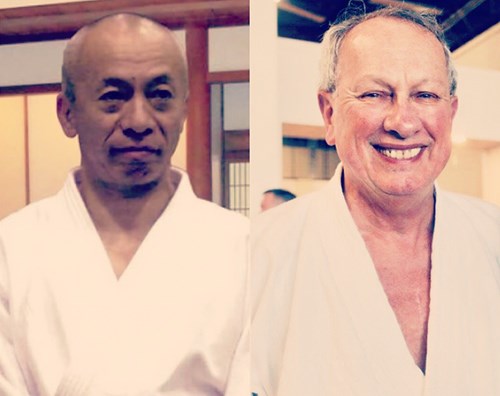 Kagami Biraki ceremony is a Japanese traditional event that marks the official opening of the New Year. In Japan, there is a special “cake” that is being prepared on this occasion: mochi. Dojo Cho Mitsuteru Ueshiba together with the instructors from Hombu Dojo made Kagami mochi and shared it with the guests. May 2019 be a wonderful year for everybody!